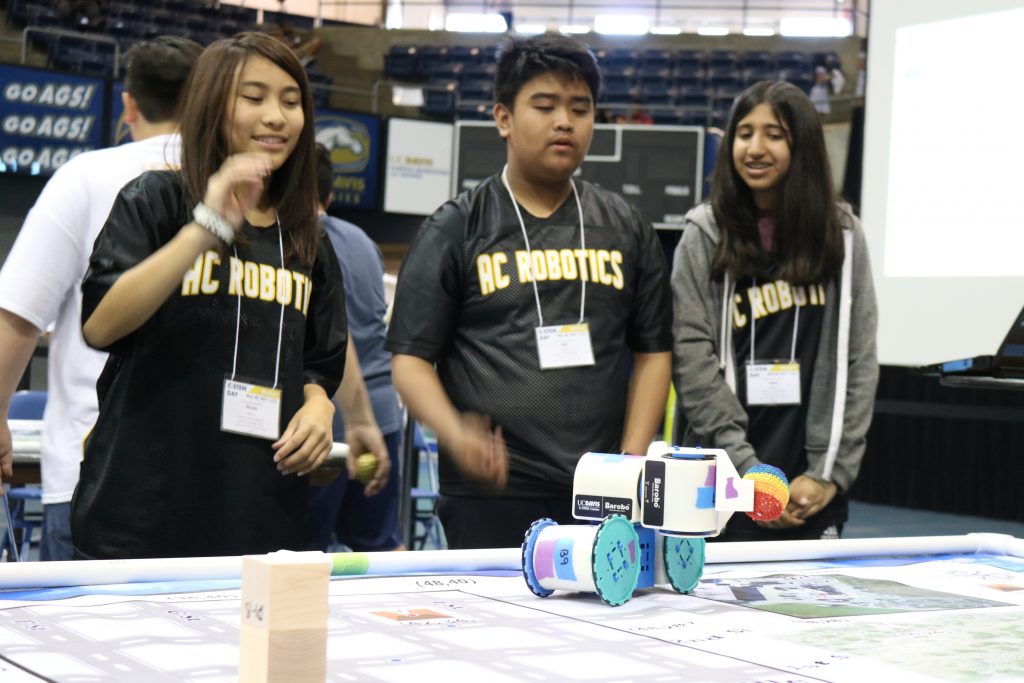 Manufacturing means making large quantities of products with machines. Most things around you were manufactured. Here are some everyday items you use that are manufactured:

Automation is not only used in manufacturing. Many other companies and laboratories run diagnostic tests that would be boring and inefficient for humans to operate, so instead they write code to automate complicated tests.

Here are some advantages of automation:

Call for Sponsorship of the 2018 RoboPlay Competition!

To showcase a short video clip of your manufacturing and/or automation solutions, send us an email at cday@c-stem.ucdavis.edu. We need to receive your videos before March 15, 2018 to be included in the showcase.